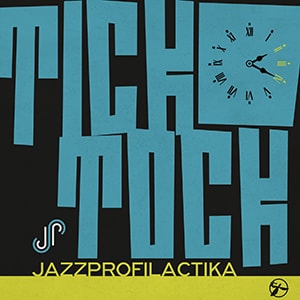 JazzProfilactika’s debut album “Tick Tock” was recorded and mixed at Studio 21 in Varna.

Studio 21 was founded by Sound Engineer Ivan “Bastardo” Boyadzhiev aka “Tochka” in 2009.

Ivan was a skilled engineer with experience in many music genres, as well as an excellent manager and event organizer, loved and appreciated by many.


ON A PERSONAL NOTE:

Ivan Boyadzhiev was besides a skilled engineer more importantly a close friends for some of us (JazzProfilactika’s members). To me (Roel Hollander) personally (but I can speak for Jivko Marinov too) he was like a brother.

He worked together with Jivko and me on tracks for our Nu-Jazz project “DJazz .OrgOnite” and together we formed a electronic music production duo named “Sober & Sobar“. I assisted Ivan frequently at Studio 21 and got the chance to learn more about sound engineering from him.

Ivan believed in and supported the JazzProfilactika project and provided free studio time for making our debut album “Tick Tock”. Without his support and shared knowledge the making of this album would have been a lot harder then it turned out to be.

Ivan recorded part of the album but passed away before we had finished it. I had to finish the work he had started and am grateful I had the change to learn engineering from him.

Therefor we dedicate our debut album “Tick Tock” to him.